Andrew Breitbart died yesterday, and half the people who knew who he was mourned publicly and sincerely, and other the half tried to hold their tongues. Some failed.

I was one of the latter group and failed a little. I follow this stuff for a living and knew who Breitbart was, and watched his work with some amusement, some dismay, and some anger. He was responsible for wrecking or hurting a lot of reputations and careers, some of whom might have deserved it, some of whom absolutely did not. He often lied about people and accused others of lying without basis. It doesn’t seem right to me, even on the occasion of his sudden death, to ignore this. Certainly, the death of a public figure never caused Breitbart to restrain himself from criticism.

One of the things that puzzled me about all the reaction was how often Breitbart was called a conservative or a “conservative warrior.” He was many things but calling him a “conservative” is arguable. By his own admission, he wasn’t that interested in policy, or even politics, in the sense of governance. He was interested in the battle, in the fight between His Team and Their Team, and he was utterly devoted to advancing His Team’s cause, and running up the score, which seemed to be counted by scalps. Ethics, morality, or even, really politics as detached from personality seemed to have nothing much to do with it. Is there anybody in the world who imagines, for example, that he would have said or done anything about Anthony Weiner’s Weiner if Weiner had an (R) after his name? Calling him a committed conservative, to me, makes as much sense as calling Lawrence Taylor a committed Giant. He was a very, very effective fighter for his side, and most of the people who mourn him on that side (excepting those who knew him personally) seem mostly to be mourning his departure from the battlefield. Who will take it to the enemy now?

Other people have opined about his legacy and his role in coarsening our debate better than I can. One of the things that bug me is that the political battlefield has now extended into every arena so that everything is fodder for fighting — my father in law, a staunch conservative, refused to use Heinz Ketchup during the 2004 election season. Once politics is interfering with your condiments, it’s no longer recognizable as politics. Breitbart was one of the many who made a nice living in the manufacture of brand new forms of brickbats. 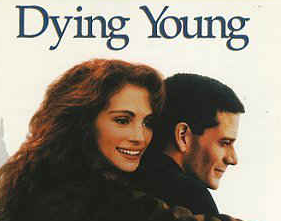 And, of course, it’s frightening that anyone who dares stick their neck out into the public sphere now must need to expect to pay a harsh price, extracted by Breitbart’s role models, heirs, and imitators. I personally try — believe it or not — to treat people decently, even the people I’m making fun of so that we never cross the line from satire to cruelty. When I die, I don’t want half the people who knew who I was wondering if it would be polite to say what they’re really thinking.

Speaking of which, I happened to spend an hour today talking to Jennifer Gleason, the widow of G. Chris Gleason, who collapsed and died just a few hundred yards short of the Philadelphia Marathon finish line, minutes before I finished the race myself. I saw him lying there, being treated by the EMTs who could not resuscitate him. Like Breitbart, he died too young (Gleason was 40), like Breitbart, he had a wife and young children (who were waiting for him just on the other side of the finish line — Jennifer told me this part of the story and I started to weep.) Gleason — to my knowledge — never attacked anyone publicly, never got involved in politics, never denounced anyone, and never was featured on cable news by bookers who know that denunciations make good TV. He did touch a lot of people’s lives, though, as evidenced here. If you’re going to think about the tragedy of a husband and father died young, spare a thought for Chris Gleason.

Jesse Waters is head content writer and article at God Men. He found out about his love for writing when he was struggling with cancer. His works are very sensitive and he writes with his heart.

Jesse Waters is head content writer and article at God Men. He found out about his love for writing when he was struggling with cancer. His works are very sensitive and he writes with his heart. 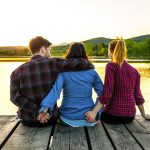 A Dummys Guide On How To Fix My Relationship 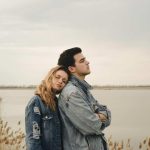 How To Overcome Insecurity In A Relationship 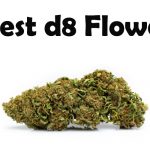 The Drawbacks Of Lovers With A Colleague